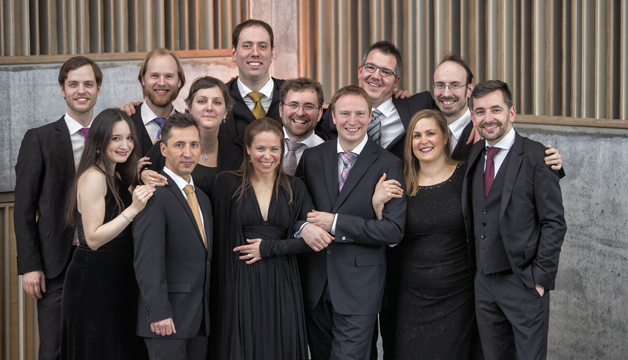 If Heinrich Schütz's first stay in Venice was dominated by Giovanni Gabrieli (see the concert in Ganderkesee on 28 August), his second visit in 1628 was probably heavily influenced by Claudio Monteverdi. He demonstrated how the effect of a text can be enhanced through music in order to convey human emotions more powerfully. This symbiosis of colourful music and masterful illustration of texts is also very clear in Schütz's "Musikalische Exequien". The music for the funeral of Heinrich II, sovereign of Gera, is one of the most elaborate works of funeral music of the 17th century. Schütz set Bible passages personally selected by the prince for his funeral while he was still alive. Lionel Meunier and Vox Luminis have a particularly close connection to the work. Their 2012 recording was awarded "Recording of the Year" by Gramophone and led to their international breakthrough. With touching intensity, they sing about the misery of earthly existence and the promise of the hereafter - great music steeped in intoxicating spirituality!