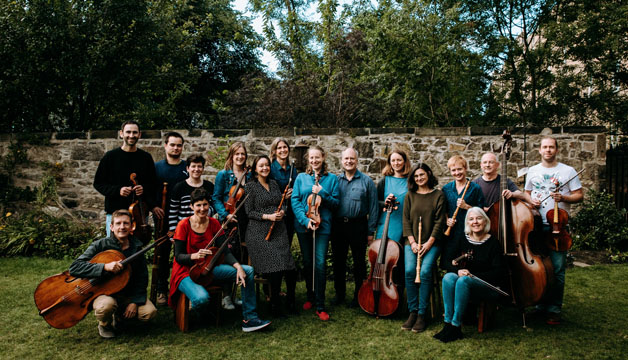 With its large polyphonic choirs and its long virtuosic solo arias, the Great Mass in C minor, written in 1782, surpassed Mozart’s earlier sacred compositions in scope. Nowadays it is considered one of the greatest mass settings in the history of European music, even though it remained unfinished, like the composer’s requiem. There is still a good deal of speculation as to why this is, but Mozart later reused large parts of the music in his cantata “Davide penitente”. Rather than making arbitrary additions, the Dutch musicologist and arranger Clemens Kemme focused on material from Mozart’s own autographs to create his 2018 reconstruction of the work, which was widely praised by experts. The Scottish Dunedin Consort and their conductor John Butt are one of Europe’s most imaginative and innovative baroque ensembles. They already delighted audiences in Verden with their performance of David Black’s new edition of Mozart’s Requiem at the Musikfest Bremen in 2015, and with Clemens Kemme’s version of the Mass in C Minor, they are once again bound to set a new standard!