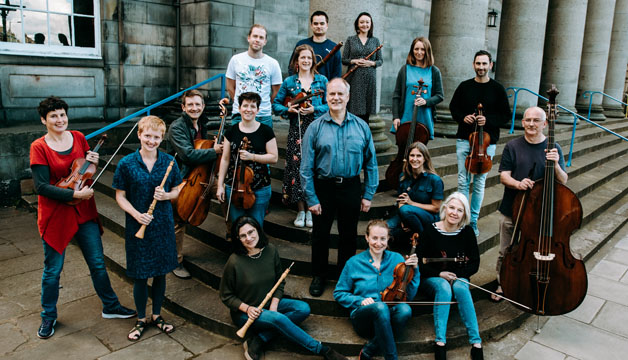 When in 1785 the Wiener Tonkünstler-Sozietät, a benevolent organisation that provided pensions for the widows and orphans of professional musicians, asked Wolfgang Amadeus Mozart to write a choral work for their benefit concerts, the composer used a trick that was quite common at the time: he added some newly composed arias to the Kyrie and Gloria of his unfinished Mass in C minor and gave it a new Italian text to transform it into the cantata "Davide penitente". It is possible the reforms of Emperor Joseph II, which prohibited church music at the time, drove Mozart to simply dress up the main body of his magnificent mass with a new text. The world premiere in Vienna's Burgtheater was part of a double bill with Joseph Haydn's Symphony No.80, a work which perfectly exemplifies the composer's originality with its exquisite effects, sophisticated rhythms and truly remarkable finale. As the leading Scottish period-instrument ensemble, John Butt and his Dunedin Consort stand for a sleek and transparent sound with a keen eye for structural details. They promise to bring new shine to these two rarely heard masterpieces of the First Viennese School – an unforgettable experience!

presented by NORD/LB
in cooperation with Landkreis Cloppenburg